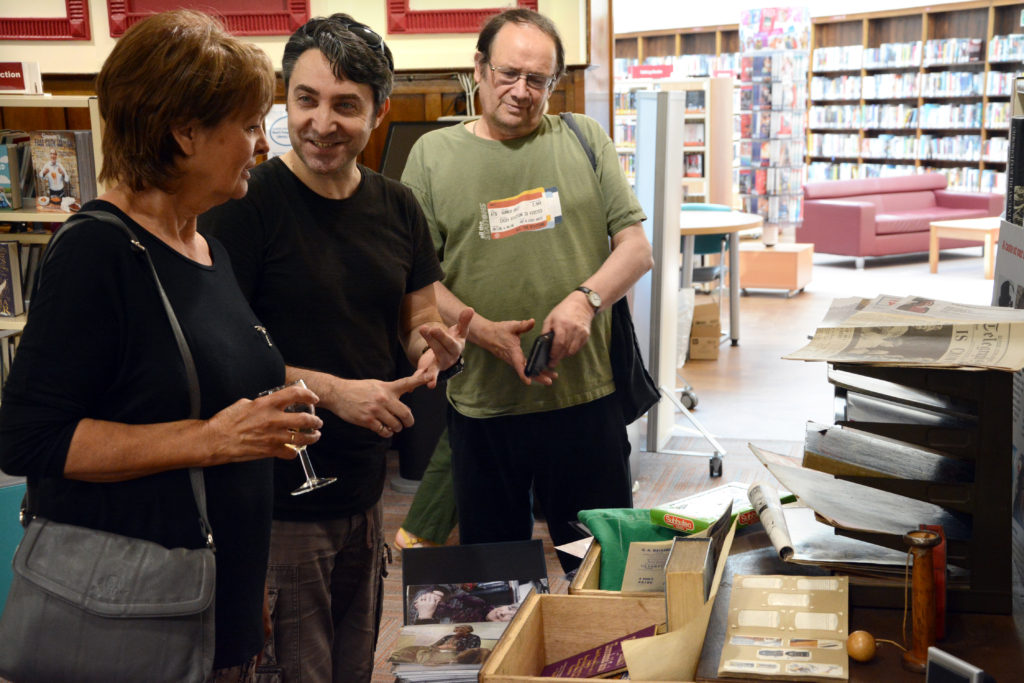 Steve Fairclough has been walking in the footsteps of Elizabeth Roberts by creating his own version of her groundbreaking archive.

Over the past few months, our engagement officer for Walking In Others Footsteps has been engaging with the general public, gathering their stories and memories to find out whether attitudes and events of the past can be life training for today.

Steve has been a freelance creative practitioner for 20 years with a broad range of skills in performing, writing, directing and teaching.

He works for numerous arts organisations around the North West and current projects include creative writing in hospitals, dementia friendly story telling, role-play and a personal project, the “not-so-secret” poet!

The Elizabeth Roberts archive covered many subjects but Steve took food, family, football and funerals as the themes for his sessions in Lancaster, Preston and Barrow.

He organised drop-in sessions at Lancaster Library and The Storey and also visited people in their own homes, just like Elizabeth did in the 1970s and 1980s.

She joined Steve during one of his visits to Moorside School where he taught the children interview techniques so they could become mini-reporters asking their parents and grandparents about their lives. The children produced memory boxes too.

And when he travelled to Barrow Island School to work with children there, he took Elizabeth with him – more than 70 years after she’d first stepped through its doors as a pupil.

To discover how people dealt with death over the decades, Steve visited J Mason & Son funeral directors in Lancaster and to explore how tastes had changed through the years, he spoke to the owners of Atkinsons Coffee Roasters and Filbert’s Bakery.

“I’ve loved collecting the stories,” said Steve. “I’ve had highs and lows because some people have funny stories to tell and then there’s some sad moments. It was an honour to listen to people’s stories and for them to trust their memories to me.”

As well as making audio recordings of people’s memories, Steve has also had many pieces of memorabilia loaned or given to him some of which was on show at a Walking In Others Footsteps event at The Dukes in June.

Now the project has ended, Steve is hoping that his recordings will become part of the archive at Lancaster University’s Regional Heritage Centre which is home to the Elizabeth Roberts Working Class Oral History Archive.