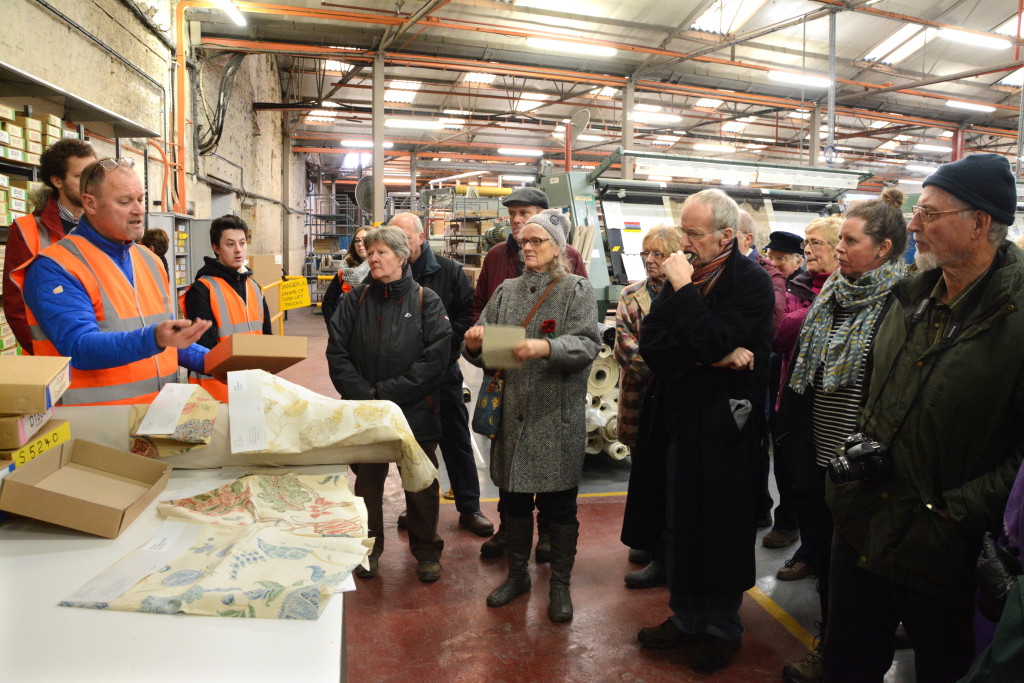 HUNDREDS SEE WHAT’S BEHIND THE WALL

More than 200 people attended our Behind The Wall open day at Standfast & Barracks recently.

Almost exactly a year since the site was devastated by flooding, it opened its doors for public tours around what is one of the country’s premier fabric printing works.

The tours, which showed visitors the processes that turn raw cloth into stunning designer fabric, were part of a free event we organised as part of our Behind The Wall project.

Behind The Wall aims to reveal the extraordinary heritage of the Standfast & Barracks site which was built as a Carriage and Wagon Works in 1865 and was a barracks for a very short period during World War One before being converted into an internment camp.

Over more than 90 years, it has employed thousands of people in the business of fabric printing.

As part of the open day, alongside the tours was a display of work in progress by top national and local artists who we have commissioned to reflect the site’s history.

Renowned textile artist, Michael Brennand Wood’s Ghosts In The Machine is already complete and now in situ on the walls of the factory. Michael joined some of the tours to explain to visitors how his work was inspired by the site.

Another artist, Adam Clarke, who has a worldwide reputation for his Minecraft projects, demonstrated how he will encourage young people to bring their own fabric printing factories to life via their computers as part of Behind The Wall.

Information on the site’s First World War history was on display including some carved bones produced by ‘illegal aliens’ interned there and Peter Donnelly, Curator of the King’ s Own Royal Regiment Museum, chatted to visitors about this aspect of the site’s heritage.

There was also a chance to see part of Standfast & Barracks own fabric archive and some of their current designs alongside photographs of the flood damage caused last December.

The open day was followed up last weekend with an event for past staff of Standfast & Barracks where they shared their fascinating memories of working there in decades gone by.

Members of the Mirador team together with some history students from the University of Central Lancashire recorded the memories which will be kept for posterity at the county archives.